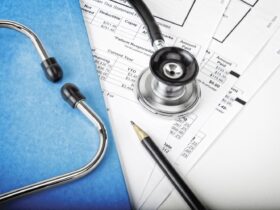 Do You Want To Get A Good Health Insurance?

There is no denying that it is expensive to get ill in the U.S. The prohibitive cost associated with medical treatment plus hospital stays means that for most people, insurance is not a luxury, but rather a necessity. But how much does it cost to stay in hospital and what happens if you don’t have insurance?

How Much Does It Cost to Stay in Hospital?

The cost to stay in hospital in the U.S. will depend on several factors including but not limited to the length of the stay and the condition being treated. Those requiring surgery will pay a lot more than someone staying for a non-surgical condition.

In 2020, Americans spent more than $4 trillion on healthcare, and almost a third of this total accounted for hospital services. The charge for hospital services in California was the most expensive at an average of $3,726 per day; however, those that need to stay overnight will be charged up to three times that amount.

With medical costs so high then, it is hardly surprising that health insurance premiums are high too. For the lowest paid in society, insurance can be out of reach. So, what happens when the uninsured require medical treatment?

What If You Don’t Have Health Insurance?

Since the introduction of the Affordable Care Act (AFA), millions of people who would have previously been unable to access health insurance, are now insured. The AFA has made health insurance available to millions of people across the States on low incomes. Those with a household income of between 100% and 400% of the federal poverty level can access premium tax credits that will subsidize the cost of insurance.

Anyone earning less than 138% of the federal poverty level may be able to join the Medicaid program, although not all states have made changes to this effect.

There are, however, many people who still do not qualify for the government subsidies. Some have chosen not to purchase the lower priced premiums, especially since former President Donald Trump abolished the ACA tax penalty on those who refused to take out health insurance, which was previously brought in by former President Barrack Obama.

Something that many people are mistaken about is the fact that medical providers are not obliged to provide care for those without insurance. The confusion often comes from the fact that emergency rooms are legally required to treat everyone, whether they are insured or not. It is often the case that those without insurance head to their nearest E.R. for any medical issue, which is cited as a major cause of strain for these departments.

The Cost of Not Having Insurance

While injuries sustained in a car accident would undoubtedly be classed as an emergency, chronic illnesses are not usually the remit of the E.R. department. Those without insurance could find themselves with a costly treatment plan and no ability to pay for it.

According to the experts at FindACode.com, who make it easy to lookup ICD 11 diagnosis codes among others, having no insurance often leaves people struggling with poor credit or worse, bankruptcy. In fact, medical debt has been the number one cause of individual bankruptcy in the U.S. for many years. Although there is no tax penalty for not having insurance anymore, those who choose not to buy it are risking massive medical debt should they or a member of their family suffer an accident or illness. Even with insurance, medical bills can be quite high as not everything is covered. Without insurance, the cost could cause financial ruin.

Do You Want To Get A Good Health Insurance?