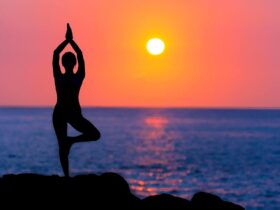 Canberra, Australia’s capital city, legalised marijuana for personal use in 2019. Today, about 60% of Australians are opposed to or undecided on the legalisation of recreational cannabis. However, pressure groups are pushing for nationwide marijuana legalisation.

People often refer to cannabis as marijuana, although they are not precisely the same. Marijuana plants and hemp plants are members of the same plant species, Cannabis sativa. Cannabidiol (CBD) is prevalent in hemp, while tetrahydrocannabinol (THC) is found in high concentrations in marijuana.

Cannabidiol is legal in Australia if it contains at least 98% of the cannabis-derived compound. Hemp-extracted cannabidiol products may provide several health benefits.

For example, studies show that CBD has potential anti-obesity properties. However, results are inconclusive and sometimes contradicting. There are reports suggesting that the compound may cause weight gain.

Meanwhile, public scepticism still exists in Australia about the effectiveness and safety of marijuana. The stigmas associated with drug and alcohol use may cause negative effects on an individual’s physical and mental health.

Individuals need to be aware of the potential benefits of marijuana beyond recreational use. Understanding cannabis’ potential therapeutic benefits may help break the stigma of recreational cannabis use.

For example, researchers believe cannabis is safe and effective for chronic pain. Unlike opioids and other pain medications, cannabis is non-addicting. Adverse reactions are mild and avoidable.

Counselling Parents and Teens About Cannabis

Adolescents and their parents may have questions about whether recreational marijuana poses health risks. Parents often perceive marijuana use as safe. However, they may have concerns about illicit drug use.

Meanwhile, adolescents may perceive marijuana as totally safe due to increased legalisation efforts and the marketing of marijuana products. However, regular or heavy marijuana use may have adverse effects on younger adolescents’ brain development.

It is difficult to determine whether adolescents who try marijuana will progress to heavy or regular use. However, it is more likely if their family history includes drug addiction or problem use.

In Australia, the legalisation of drugs such as cannabis is state-based. In different states, different penalties apply for various drugs.

The TGA’s decision allows adults to purchase over-the-counter (OTC) products containing CBD doses up to 150 milligrams per day. These products must also be TGA-approved and listed on the Australian Register of Therapeutic Goods (ARTG).

These territories have applied civil penalties for specific situations. However, no other Australian states have passed decriminalisation options for cannabis and other illicit drugs.

Australian states have enacted depenalisation systems for cannabis through assessment, treatment, or education for those who meet eligibility requirements. Still, individuals can face criminal charges if they fail to complete such programs. If your are in US, you can have a record on this site.

Most Australian states, except New South Wales (NSW) and Queensland, have depenalisation options for non-cannabis drugs.

Around one-quarter of Australians are in favour of the legalisation of cannabis. Advocates for cannabis legalisation often note the potential sales from cannabis and cannabis-based products.

The sale of legal cannabis may help generate tax revenue. Potential job market growth and investment opportunities arising from the legalisation of cannabis can increase government income from taxes.

A cost-benefit analysis is required to determine the scope of economic benefits of legalised cannabis in Australia.

No Increased Drug Use

The decriminalisation of illicit drugs often does not include evidence-based analyses.

However, several studies show that the decriminalisation of marijuana does not produce increased drug use among new or existing users.

For example, in 2001, Portugal decriminalised the possession and use of all illicit drugs. The country also expanded its investment in drug treatment.

Since then, the rates of drug use and drug-related deaths have remained below the average of the European Union (EU).

Portugal has reported fewer cases of drug-related HIV and AIDS. The country has also reduced the social costs of responding to drugs.

A large percentage of such arrests are for possession. This factor results from law enforcement focusing on recreational cannabis users rather than dealers.

In addition, the incarceration of offenders increases the tax revenue spent on non-violent drug offenders. The yearly costs of housing each inmate vary, although the total costs can be quite high.

In some cases, arrested individuals are not incarcerated. However, the costs of arresting recreational cannabis users add to the total costs of local and national drug enforcement.

In recent years, Australia has experienced a shift towards perceiving drug use as both a health and human rights issue.

A majority of Australians now support a degree of decriminalisation of cannabis. Only 5% of Australians support the country enforcing prison sentences for cannabis possession.

How Australians Can Support the Legalisation of Cannabis Use

Proponents of marijuana legalisation often argue that regulating marijuana will make marijuana use safer through required testing and labelling and lower street crime.

Meanwhile, the Australian Greens leader, Richard Di Natale, has proposed that Australia legalise cannabis for personal use. The party supports cannabis use for relaxation and pleasure rather than treating a medical condition.

The political party argues that countries such as the United States and Canada have determined that a prohibition model for cannabis has been ineffective.