Running an online search for Canadian drugs reveals some interesting results. For example, some interests in this country are openly hostile to the very idea of ordering prescription medications online from Canadian pharmacy properties. Why is that? Why would anyone be against cheaper Canadian drugs?

Before getting into the reasons, understand that this is a normal part of business. Every industry in which competition is fierce includes those players who are openly hostile toward anyone who threatens their interests. Hostility toward Canadian drugs and the online pharmacies that sell them is really no surprise.

You have undoubtedly heard the phrase ‘follow the money’. It’s a phrase we use to explain why crooked politicians do what they do. The same goes for corporations that seem more interested in the bottom line than their actual customers. Well, you can apply the concept to online prescription medications.

The fact of the matter is that Canadian drugs are normally cheaper than U.S. drugs. That is not the case for every medication, but it is for a majority of them. Canadian law places tight price controls on domestic manufacturers, distributors, and pharmacies. Canadian suppliers are only allowed to charge so much.

U.S. customers have the added benefit of attractive currency exchange rates. In the simplest possible terms, U.S. dollars go further in Canada. That means deeper discounts on Canadian drugs. Every time the exchange rate widens, you pay less for your Canadian drugs in real terms.

Whenever you start talking about cheaper prices elsewhere, you also have to think about cutting into the profits of those companies that charge higher prices. That is exactly what happens whenever people choose to fill their prescriptions through online properties like Canada Pharmacy. Their profit equals a loss for a U.S. business that would otherwise have filled the prescription.

The potential for lost profits is especially egregious to pharmaceutical companies who spend billions of dollars to bring new drugs to market. They are already forced to meet wholesale price restrictions when selling medications to Canadian distributors. To them, U.S. customers turning around and purchasing from Canadian pharmacies is a slap on the other cheek.

We must also consider the fact that U.S. pharmaceutical companies have to generate significant revenues if they hope to keep bringing new products to market. They are relying on U.S. consumers to generate those revenues. In essence, it is the American customer base that pays for most of the pharmaceutical innovations developed here. If we start buying our drugs from Canada, Big Pharma loses some of its R&D money.

No discussion of this type would be complete without mentioning the political angle. Without getting into details, politics continues to play a role in all things healthcare. Politicians would rather continue to perpetuate the problem than actually solve it because the problem is an effective tool for garnering votes.

It is just not politically expedient to actually find a way to lower U.S. prescription drug prices. Make U.S. drugs as cheap as their Canadian counterparts and politicians have one less issue to use on the campaign trail. How eager do you think they really are to solve the problem?

Canadian Drugs Are Just One Option

Despite open hostility to Canadian drugs, U.S. consumers are not afraid to buy them. And yet, there are other options as well. A popular one is using an online coupon platform, like Good Rx, which offers deep discounts at local pharmacies. Some pharmaceutical companies also offer financial assistance programs. Meanwhile the hostility toward Canadian drugs continues unabated. 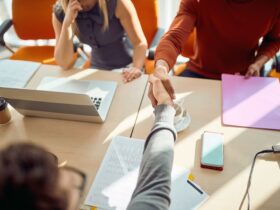 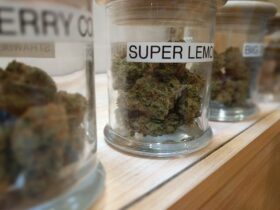 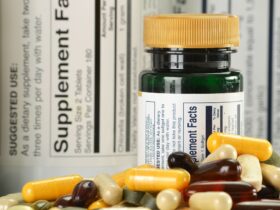