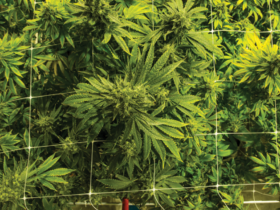 To maintain the kidneys’ health and avoid the appearance of kidney failure, it is essential to follow a balanced diet, drink between 1.5 and 2 liters of water daily, reduce alcohol consumption, and exercise regularly.

Chronic renal failure is the loss of kidney function that is reflected as a progressive deterioration, for more than three months, generally irreversible, of glomerular filtration rate below 60 ml/min / 1.73 m2 or injury to the kidneys in its structure.

The GFR is the volume of plasma required to debug a substance when filtered by the kidney. It usually gives us an idea of ​​the amount or percentage of the impaired kidney, as it directly relates to this deterioration in renal clearance.

As a consequence of this insufficient filtering, there is an accumulation of nitrogenous substances in the blood, mainly urea and its derivatives, and an elevation of plasma creatinine, which is detected in blood tests. This situation leads to what is known as uremia or uremic syndrome.

It is estimated that around 10% of the population suffers from some degree of chronic kidney disease. However, there is a higher incidence in the elderly population, reaching 20-25% of those over 65. This is due not only to aging but also to diseases that are recognized as causes and are more prevalent in this age range.

The characteristics of chronic kidney failure syndrome are:

If kidney dysfunction persists, whether this is due to a kidney’s failure, or damage to the tissues that form it, chronic kidney failure can develop. It is essential to know that renal failure progression causes the death of the patient if renal function is not supplemented since the toxic substances that the kidney discharges typically would not be eliminated.

Five phases of chronic kidney disease are established, defined by glomerular filtration. The final stage is a filtration lower than 15, assuming the need for dialysis due to the almost total absence of any kidney function. Its early detection and, if possible, its prevention is vital due to the number of associated diseases and the high economic costs, and the deterioration of life quality in its final phases.

In some cases, the mechanism that has given rise to kidney failure is unknown. Still, its causes, or rather, the most frequent diseases associated with the development of chronic kidney disease, are:

Some risk factors of chronic kidney failure are also described. The best known are: